Perspectives on IAPRI: the 1990s

This year marks 50 years of IAPRI’s official existence, even if informal links and some joint events between institutes began before 1971. By a happy coincidence, this year has also seen a fresh round of communications between former Secretary General (SG) Frans Lox (see sidebar) and the current SG and newsletter editor.

This makes it doubly appropriate to start our series of articles celebrating the changing face of IAPRI over its lifetime with a look at the central decade of the 1990s. This was the period when Lox served as SG under two Presidents and when many of the most significant changes began to shape the organisation.

The most obvious change over this period was in the size of the membership. “When I took over the secretariat, IAPRI had 17 members,” Lox recalls. “During my term as SG, that number rose to 47.” Board meetings, he remembers were typically dominated by discussions regarding the acceptance of new members. 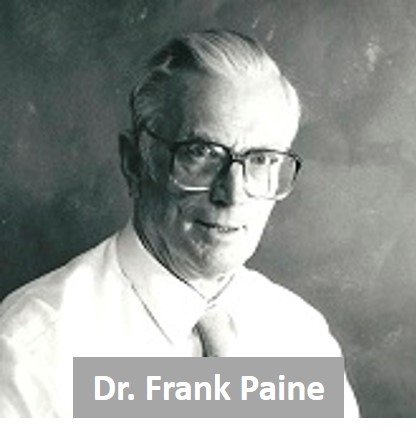 Lox joined the Board in 1990, while Frank Paine of Pira International was still SG, and then took over from Paine as SG in 1992. At that time, Michel Veaux, director of France’s Laboratoire National d’Essais (LNE), was President. Veaux and Lox visited several prospective member institutes together, he remembers.

“Unfortunately, Michel became seriously ill, and had to retire as President in 1994,” says Lox. “On the occasion of the Helsinki Symposium [in 1994], the new President Anders Söras was elected by the General Assembly.”

There were further changes in the second half of the decade, some of them with particular resonance in this year which has seen remote and virtual meetings taking such a prominent role. “Under the guidance of Söras, we introduced Board meetings by telephone,” Lox points out. “Only the President and the SG actually met up [face-to-face]. It was great to hear the board-members in Australia and Brazil, for instance, all at the same time; a rather new and efficient procedure at that time.”

The evolution and growth in membership in turn had an impact on where the annual IAPRI events took place. Up to early 2020, current members had been used to travelling the world over for Conferences and Symposia, but that was not always the case.

Lox’s first exposure to an IAPRI event was the 1986 Symposium, which was held in Oslo, Norway. He organised the 1988 Symposium at his own University in Ghent, Belgium. But the drift towards non-European destinations during the 1990s was unmistakeable. Events were held in St Gallen, Switzerland (1990 Symposium), but subsequently in - for example - Sao Paulo, Brazil (1993 Conference), Melbourne, Australia (1997 Conference), Rochester, US (1998 Symposium), Singapore (1999 Conference) and San José, US (2000 Symposium), as well as at other European institutes.

While the detail of research has, in most cases, moved on to very new terrain, the broad themes around papers presented at IAPRI events are still recognizable. “The key subjects treated by members during the symposia were: optimization of test procedures, migration phenomena in plastic packaging materials, new materials, temperature-indication on packaging, lifecycle analysis and the optimization of marketing and design in packaging,” Lox recalls.

Clearly, the way the association exchanged and compiled information internally and presented itself to the outside world has also changed out of all recognition. Paine had introduced regularly-updated versions of the IAPRI Handbook, which provided basic member data.

But Lox took this resource one stage further. “I introduced into the IAPRI Handbook a visual overview of the research and testing profile of each IAPRI member,” he explains. “The specialties of each institute were visualized in two graphs.” As a result, he claims, the Handbook became a “marketing tool for each member. “It was also intended to optimize contacts, research and testing procedures between the members.”

The final 217-page IAPRI Handbook was printed in 1999.  By then, of course, digital alternatives were available. Lox created the first IAPRI website, he says, during his time at the University of Brussels. This version of the website, which lasted only up to his retirement as SG in 2000, was the direct antecedent of today’s very different website and electronic newsletter.

Finally, he provides one other fascinating insight into the politics of packaging-related membership organizations during the 1990s. Alongside education, Lox rightly emphasizes the essential role played by packaging research among IAPRI members, characterizing it as a highly distinctive “glue” which binds them together.

The same was true of the 1990s. But at that time, the separate co-existence of IAPRI and - in particular - the World Packaging Organization (WPO) could not always be taken for granted. Apparently, Paine warned repeatedly that the WPO’s eagerness at the time to collaborate with IAPRI could lead to a takeover and the possibility that “one of the [organizations] would disappear”, Lox remarks. But IAPRI remained independent then and remains so today, offering its highly specialized focus on packaging research and education to an ever-evolving international membership. And of course, today’s WPO and IAPRI are both highly valued affiliate member of each other’s organizations.

Additional articles over this anniversary year will explore the changes, the events and the personalities across other periods of IAPRI’s history.